Meet the Founders of The Mason Kane Foundation 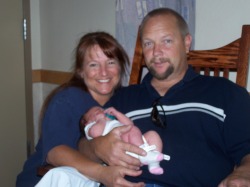 Bret and Shana with Ella (grandaughter #8)
Bret and Shana Klinge have lived in Montana since 1999. Prior to that, they lived in Washington and Idaho for several years. They are the proud parents of 6 children and 8 grandchildren who are the center of their lives! For 28 years, Bret has been employed by Costco Wholesale, a career that started in Reno NV and ended up here in beautiful Montana where he plans to stay until retirement. Shana is a nurse and works at Edgewood Vista as the Executive Director.
They started the foundation in memory of Mason as a way to help other parents as well as help them deal with their own grief.
To contact them you can e-mail them at klinge2620@live.com
or call 406-544-6885.
Mailing address is 1025 Meadow Lane Alberton MT 59820 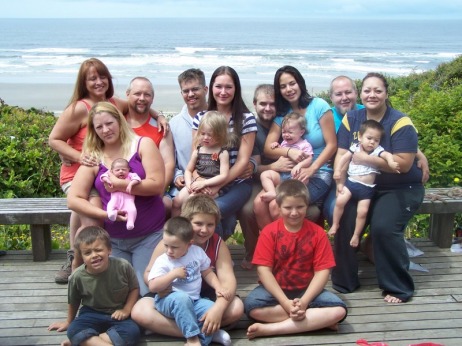 Ben is a graduate of the University of Oregon School of Law. After completing his Juris Doctorate, he moved to Helena to open his law practice. He is a member of the Montana State Bar, and is licenced to appear in both state and federal court.
Before entering law school, Mr. Tiller spent time as an 8th grade math teacher in New Orleans, LA with the Americorps program Teach for America.
When not helping clients quickly and efficiently solve ther legal problems, he can be found floating a stream, fly rod in hand, or roaming the hills behind his two german shorthaired pointers.
If you would like to learn more, please visit Ben's professional profiles at Nolo and Justia.

Julia is originally from California but relocated to Montana to help care for Mason. Unfortunately, as she was in transit he passed away. She is now the secretary of his foundation among the many other things she does to support us! She has 3 beautiful children, 1 still at home and they are both loving our beautiful state!!